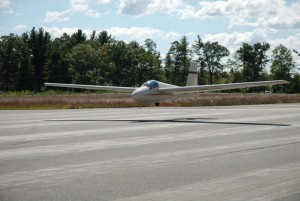 The SGS 1-26 enjoyed a very long production run from its first flight in 1954 until 1979, when production was ended. The 1-26 was replaced in production by the Schweizer SGS 1-36 Sprite. The 1-26 is the most numerous sailplane found in the US.