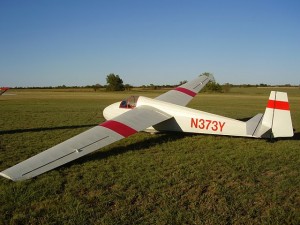 The Cherokee was designed by Hall to provide homebuilders with an easy-to-construct and inexpensive aircraft that would give performance at least equal to the Schweizer SGS 1-26, which had flown two years earlier.

The Cherokee structure is built from wood and covered in doped aircraft fabric covering. The fuselage features truss construction, with longerons and gussets and a fixed monowheel landing gear. The wing has two spars, with geodetic braces handling the torsion loads and is built with a fixed center section and removable outer wing panels. The wings have spoilers on the top surfaces and use a Gö 549 airfoil.

As with all plans-built aircraft, builders have made modifications to the design. Some examples have been built with leading edges made from aluminium, cardboard, glass reinforced plastic and plywood and with many different styles of canopy.